Bike Baron is a real physics stunt simulator for iPad and iPhone devices. It allows the player to complete various courses by accelerating and leaning a motorcycle in order to overcome obstacles and reach the finish line. 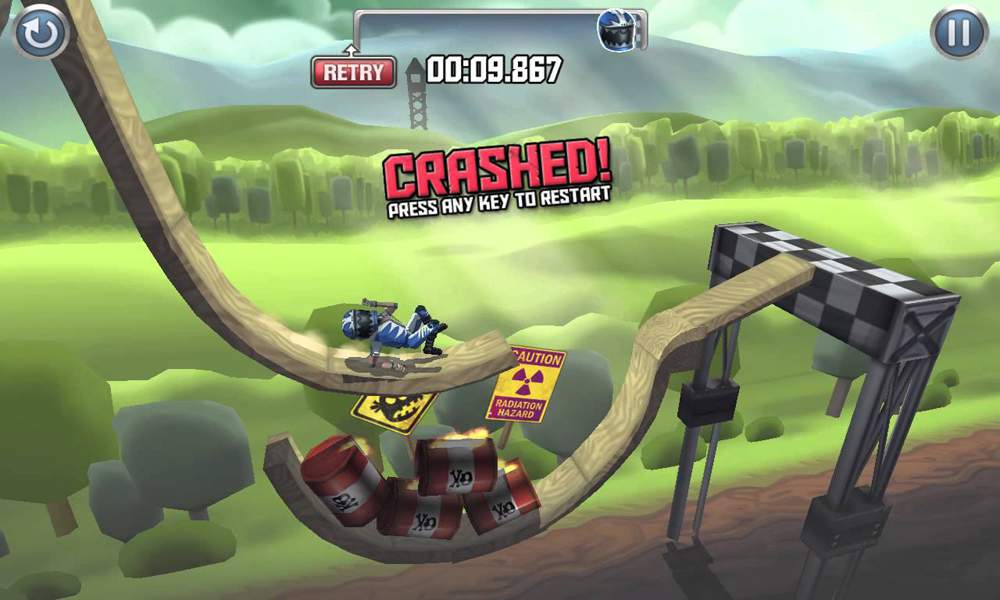 The game includes outlandish and amazing stunts that the player can complete, all of which simulate real gravity and dynamics. Despise this simple premise, there is a wild and thoroughly enjoyable pleasure in completing each of the many and varied levels of the game. The player and their small dog are able to gain rocket packs, jump over exploding pumpkins, do multiple backflips, and generally pull off incredible stunts in very satisfying way. 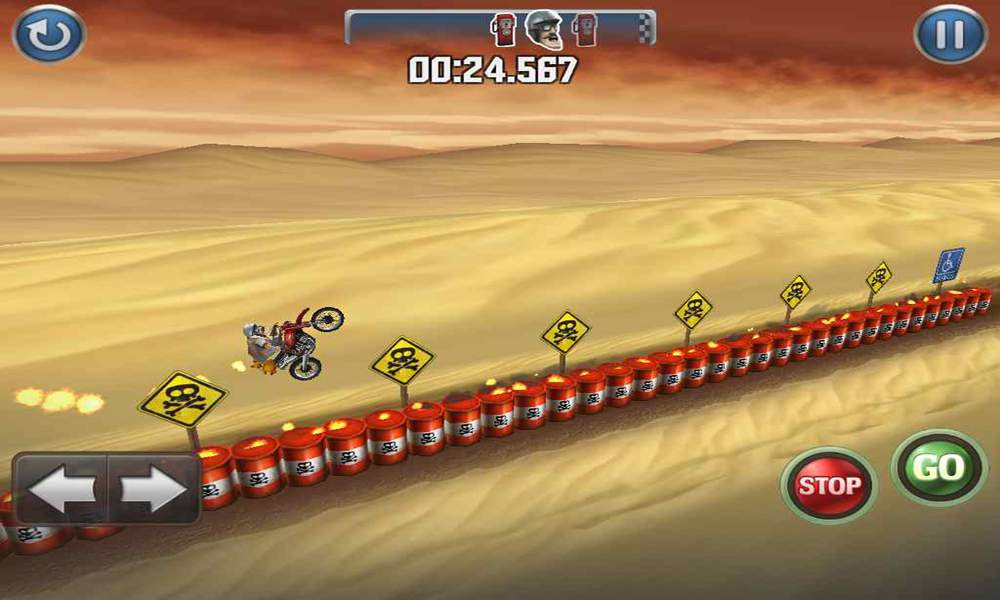 The Bike Baron iPhone game is unlike any other game available on iOS and as such is worth playing forwards novelty alone. The different levels and different problems that they present will hold the players attention through endless hours of play. There are great many easy levels that can be completed simply by accelerating as fast as possible. This may seem as though they are straightforward (no pun intended) but the eye candy, graphics, and sheer novelty of the simulation mean that the levels never get old. 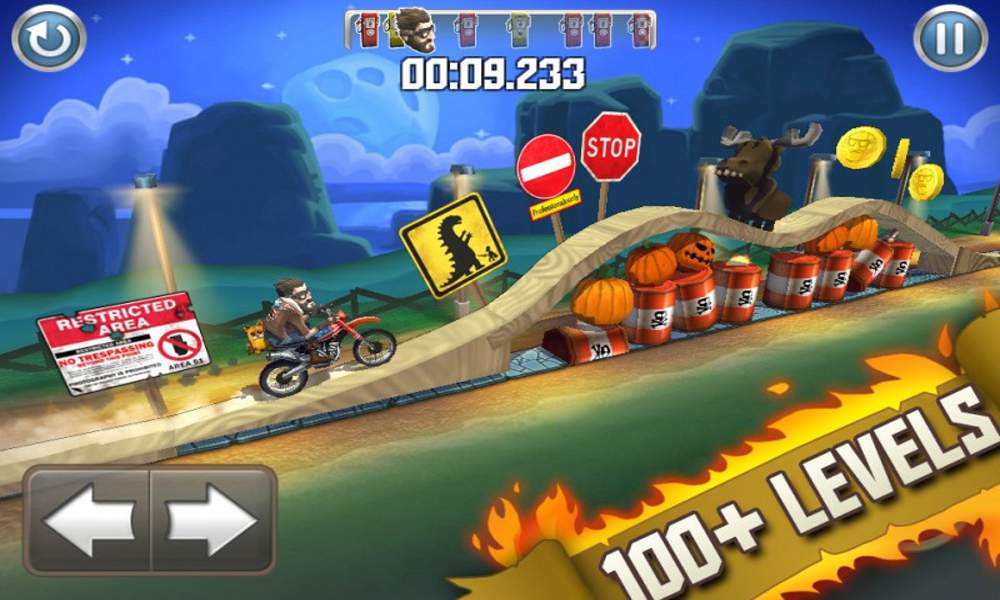 Bike Baron as been around for a few years now and the developers have succeeded in constantly adding and improving the game. They have added new levels and effects, but by but most significantly tweak has been the learning curve, so that the player can be challenger but rarely frustrated by the gameplay – a rare thing in iOS games. Some of the most interesting levels in Bike Baron are not things that you do as a player, but watching the environment interact after the destruction that the various explosions caused by the player reeks havoc upon their surroundings.

All in all, Bike Baron is a rare thing in iOS gaming. It is a unique and intelligent game that gives the player hours of fun and enjoyment while still challenging the reflexes and intelligence.