Ubisoft has announced the creation of Far Cry 4, the newest game from the Far Cry series that is slated for release on November 18, 2014 in North America and Europe, with Australia receiving the title on November 20, 2014. The game will be release on Xbox 360 and Xbox One consoles, PS3 and PS4 consoles, as well as a version for PC.

The game takes place in Nepal and follows a man named Ajay Ghale as he returns home to honor his mother’s passing by scattering her ashes. For the first time, the game will follow characters that are native to the country in which the plot develops. Ghale unfortunately becomes involved in a bloody civil war that is taking place in his home region, as people are fighting back against Pagan Min, a dictator figure who is voiced by the amazing Troy Baker. 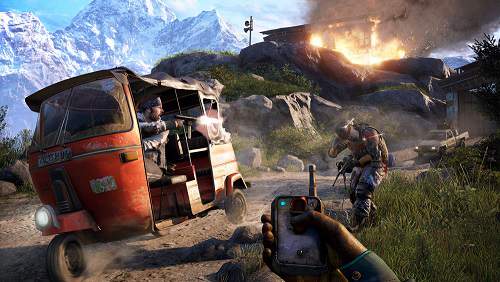 Developers are seeking to improve on the shortcomings of the third Far Cry, in that mutiplayer modes will be more entertaining and the linear story arcs work more organically with the open world environment. This game will also allow players to invite their friend to a co-op gaming session, even when their friends do not own the game. This free trial aspect is appealing and hopes to get more people enthusiastic about purchasing their own copy.

Release of Far Cry 4 will come in a standard edition game, as well special version that will offer players goodies including exclusive features and extra game merchandise. There will also be special perks available to those who pre-order the video game.