When the Xbox One Edition of Minecraft was announced at E3, the gamers went wild. This sandbox game with minimal graphics has long been a favorite of both casual and hardcore gamers, and they’d been waiting impatiently for the newest consoles to support it. Fans of the original will find that the game they love is easier to play than ever before, and newcomers to the game will be able to enjoy for the first time what everyone else has enjoyed for so long.

An Open World of Free Will 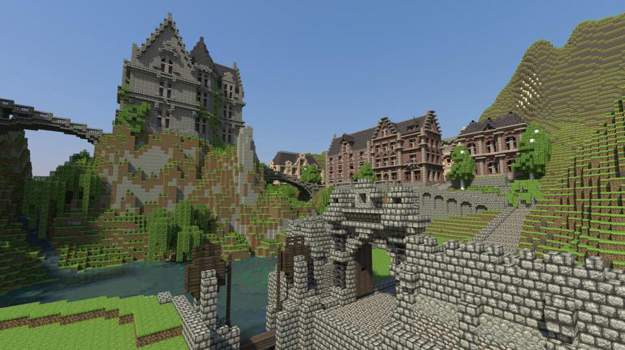 Minecraft’s plot and gameplay are, as always, what the player makes of it. Building primitive homes, hiding from the creatures that roam the world at night, and discovering animals to farm or slaughter are the basic tasks that new players gravitate toward. With a little imagination, they can go on to discover new items, build enormous palaces, dig impossibly far underground, and try desperately to protect their precious cargo from Creepers, Endermen, and spiders. The sky truly is the limit, and that’s what makes the game so engaging and so endlessly replayable.

There are two primary modes of playing the game: Survival Mode and Creative Mode. First-time players will probably want to go for Survival, as until you get a sense of what you can do with the world, Creative seems a little aimless. In Survival, the monsters cause damage, you have to work hard to gather your items, and you are bound by the limitations of physics — a familiar status quo to anyone who plays video games.

Creative Mode, on the other hand, is essentially an invitation to play and build and explore. Monsters no longer hurt you, you can fly, and you have an endless supply and material. It’s a little like playing with all cheats enabled, but in Minecraft, it makes sense. At its heart, a sandbox game is more about exploring and playing, and Creative Mode lets you do that without the tedium of hunting for items or the need to retire at night because of the creatures.

Learning How to Play 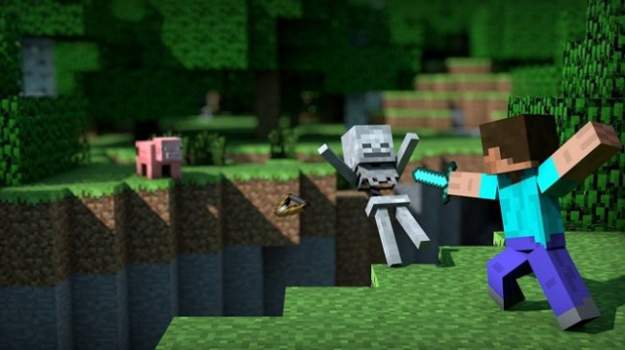 Because there’s so little active gameplay, newcomers to the game might be wondering if there’s something they’ve missed or if they’re playing it wrong. The in-game tutorial does a good job of fixing that potential problem. It not only walks through the game basics, it does a good job of looking forward to what you can achieve and how to get there.

Anyone who thought the game was just about stacking blocks will get a taste in the tutorial of how they can use magic, boats, technology, and gardening to set and achieve their own goals. Knowing that there is more available will keep antsy players from mining for 15 minutes, thinking that’s all there is, and throwing in the towel.

The Xbox One Version’s Identity

What’s new about the Xbox One edition specifically? To be honest, there isn’t much. Unlike some other games being tailored for the next-gen consoles, this edition of the game doesn’t do a massive revamp. Instead, the developers focused on small tweaks to make the game easier to use. For example, menu navigation is a bit simpler. Its tabbed interface makes it easier for players to see the items they have in inventory and how they can use them.

It’s also easier to set up exactly the kind of game you want to play. Check a box to go online. Click “play with friends” on set-up to start a multiplayer version with your friends. It’s much more intuitive to start and play than the Xbox 360 edition ever was, so even people who have never played the game before should have no trouble getting started. These small changes may not have anyone raving about how wonderful they are, but they will make things significantly easier for anyone unfamiliar with the game.

The biggest change is the expanded worlds. Playing with seven other players online on an Xbox 360 felt very crowded very quickly. It wasn’t long before you’d run into someone else’s castle or underground tunnel and you’d both have to adjust your building strategies. On the Xbox One, the worlds are over 30 times bigger, with plenty of room to explore, build, and farm. This will likely make multiplayer a much more popular option. While multiplayer was available on the 360, many still chose to have a world all to themselves. Larger worlds may change that completely.

A New Game… For New Players

People who have tried Minecraft before and found it too purposeless won’t be swayed by the Xbox One edition. There are no major game changes to lure in new players. For the most part, the changes are subtle and tailored to people who are already fans of the game. Those who loved Minecraft before will enjoy this expanded version, especially if they got bored with the smaller worlds, while newbies will find it easy to play.

It would have been nice to see some other feature changes as well — spending twenty dollars on essentially the exact same game might be a little disappointing to some gamers — but anyone who just wants to play Minecraft on their new console is going to be very happy with this.