Fans of the Halo series and other FPS games everywhere had hyped expectations for the release of Bungie’s new game, Destiny, which promised to deliver an experience that combines the well-beloved mechanics of the first-person shooter genre along with the social, gear, and class-based aspects of MMORPGs. The game had one of the longest and most extensive ad campaigns for any video game in a long time. Now that it’s finally been released, though, exactly how well does the reality live up to the expectations? Let’s take a closer look at some of the game’s finer points and see just how well Bungie did in making the plunge towards a persistent multiplayer game universe.

As soon as you start up the game on your Xbox One, you’ll be awed by the stunning graphics and visuals the game has to offer. There’s a ton of beautifully hand-crafted worlds that comprise the game, and each one seems more awe-inspiring than the last. Bungie’s certainly had plenty of experience with visual design and atmosphere ever since the Halo series, and they certainly didn’t fail on that front this time. If you love sci-fi atmosphere, you’ll certainly feel right at home in Destiny.

The Mechanics of Gameplay

Pretty environments aren’t everything, though, so once the initial wonder has worn off, you’ll be left with the gameplay mechanics. Bungie learned how to make shooting games with their Halo series, which is considered a classic of the genre, and it looks as though they haven’t dropped the ball yet. Any long-term fan of first-person shooters will instantly feel right at home with the aiming and shooting mechanics presented in Destiny. In addition to that, there are a ton of great guns that each have their own distinct strengths and weaknesses as well, which is always a great addition to have in any shooter.

Another great thing Bungie did well was just how fluid the combat experience truly is. There’s much more maneuverability and speed in the game that make the fights you come across feel much more dynamic. The game itself has both sprinting and sliding capabilities, and each class has a ton of learned skills that add even more, such as teleportation, gliding, and double-jumping. If the game was only a FPS, then it would be well worth it for the combat dynamics alone, so any hardcore shooting fan will feel right at home with these added features. On top of that, the powerful melee attacks and grenades in the game give the players a ton of choices when engaging enemies that really give a sense of freedom and tactical choices.

The combat mechanics are only one piece of the puzzle when it comes to FPS games, and the second piece is how well the combat maps are put together. All these fancy moves won’t mean anything until they’ve been put to practice. Luckily, Bungie has created some incredibly well put together combat areas in the game. They all look and feel different from the last, but each one has very well placed barriers, a ton of movement space that’ll give players the ability to choose from a variety of different approaches, and it all blends seamlessly in with the surrounding world. 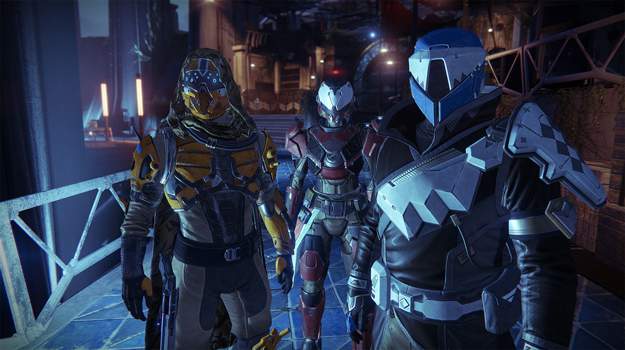 There are four enemy races in Destiny. These aren’t simply different looking, as each one has their own distinct strengths and weaknesses. Each has a ton of unique skills, such as teleportation, cloaking devices, shields, or jump packs, but there are many others. The range of obstacles you’ll face while fighting your enemies is truly impressive for any shooting game.

While the basic fights are fantastic, the bosses themselves don’t seem to be much more than upgraded versions of their standard counterparts. They have a bit more health than normal, but otherwise die the same way. Aside from that, though, the enemy engagements are very well rounded and not something that any true fan of FPS games will tire of for some time. 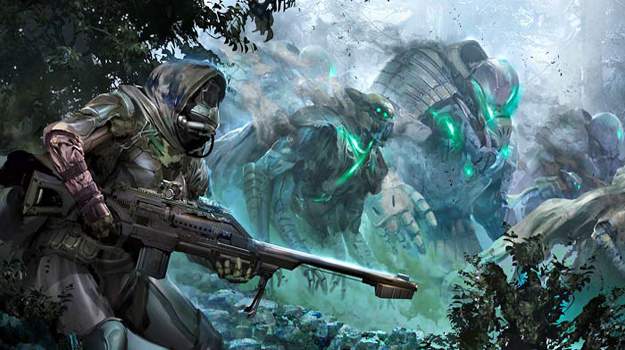 We’ve spoken a lot about FPS, but Destiny isn’t just a shooting game. It’s adding a ton of RPG elements from popular MMO style games in order to give players more choices and a sense of community in the game-world. There are three classes in the game to choose from when first starting out, but each of them will be able to pick up the same types of weapons and do just about the same thing as the others. Early on in the game, the only real difference between the classes will be in how they look, as they’ll each have their own distinct armor, but that should change the closer players get to end-game content, which is modeled on popular MMORPGs.

Overall, Destiny is a game that’ll have both hardcore and casual fans of the FPS genre well satisfied and in a game-world that’s full of dynamic combat, important strategic decisions, and a well-crafted and visually stunning game-world that will impress everyone for many years to come. The RPG aspects of the game could use a bit more fine-tuning, but luckily, the MMORPG side of the game will have plenty of opportunities to expand in the coming updates. It still has some improvement to make, but anyone who buys the game will feel that it’s well worth the money they spent, even after completing all the current content.