With the release of Warriors Orochi 3 Ultimate on PS4, Koei’s hack-and-slash musou formula has reached a new peak in terms of vibrant characters, crazy historical settings and chaotic carnage. This title cleverly merges the franchises of Dynasty Warriors and Samurai Warriors, and it sprinkles in several iconic guest characters as treats to long time fans. 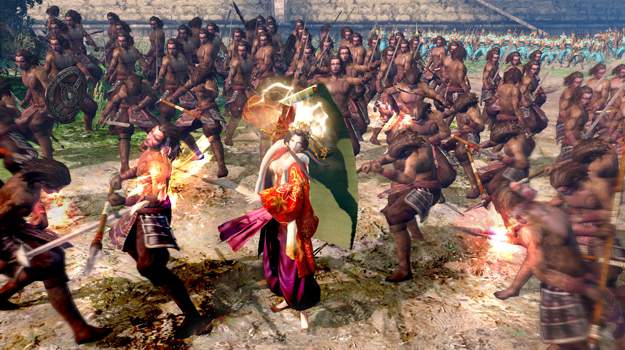 As is the norm for this series, game-play focuses on taking down a massive army of drone soldiers. The kill counter has been raised to max out at 10,000 casualties, and amassing a serious body count is a huge part of this game’s appeal. These warriors are guided by a gruesome general, and their assassination is usually the main objective of a mission. Gamers find themselves occupying the role of an opposing general, and this position gives them an army of their own. A lot of the strategies revolve around arranging effective troop formations.

The performance of these foot soldiers is based on a combination of leadership and morale. Weapons are designed to be customized and upgraded. A standard team has three officers of varying rank, and their skill-sets are determined by their level. Duels between these kinds of teams can break up the pacing of combat by offering engaging little breaks from the gigantic worlds. 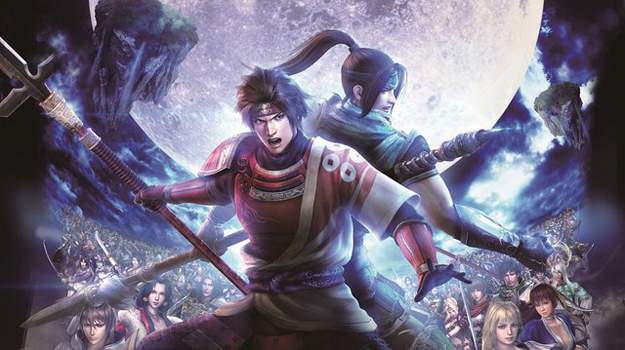 This brutal crossover features a vibrant Story Mode that takes place in a fantastical re-imagination of the ancient Asian continent. A legendary fighter known has Ma Chao flees his village when it is attacked by a hydra. The warrior is filled with remorse when he is unable to amass an army to fight the monster; luckily, a priestess named Kaguya appears to enable the power of time travel. Together, they traverse their past in hopes of killing the ferocious beast before the destruction ensues.

Meanwhile, a secondary story is also provided. In this quest, players can trace the origins of Warriors Orochi’s entire history. To capture the time travel theme fully, the two adventures are respectively entitled The Tale of the Latter Day and The Tale of the Former Day. The real prize is a new mode, which is ominously dubbed Gauntlet Mode. It may take hours to unlock, but it is worth the investment.

The original name for Gauntlet Mode was Unlimited Mode, and this survival sequence features a treacherous dungeon that is outfitted with endless deadly obstacles. Cooperative play is useful for navigating this uniquely challenging part of the game. All members of a team that are not used by humans will be occupied by less formidable AI, so the best path to victory involves amassing a full team of skilled people.

Additionally, the Shin Musou Battlefields feature has been adapted for inclusion in this title. This menu allows players to change the in-game quotes of their warriors. Notifications and statuses can also be modified. This element gives gamers a chance to insert hilariously crude content that provides an extra layer of humor to the endless bloodshed. There are a lot of entertaining costumes to choose from, and the ladies are given especially sexy attire.

The roster of combatants is considered a treasure trove by diehard followers of Koei’s musou titles. All of the main entrants from both preceding titles are featured once more.

On top of that, there are several illustrious additions from other franchises. Sophitia Alexandra displays fierce prowess on the battlefield as a guest star from Soul Calibur IV. Another powerful cameo comes in the form of Sterkenburg Cranach from Ateleier Meruru: The Apprentice of Arland. Still, the most popular new cast member is definitely Kasumi from Dead or Alive 5. The sultry redheaded ninja brings her femme fatale qualities to the mystic realm of this game. 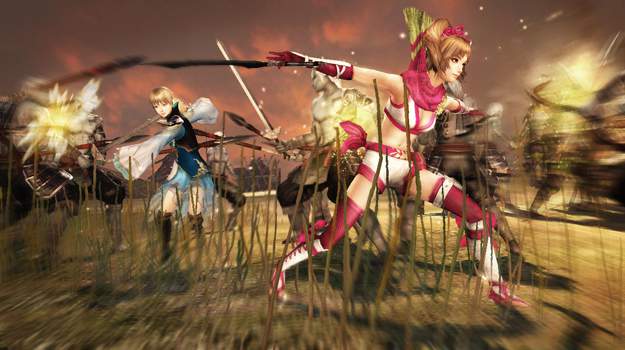 Because the game was originally created for the PS3, this PS4 port has been armed with countless extras and upgrades. Live recordings can now be made as slayings happen in real time. The graphics have been redone to reflect higher resolution settings that can accommodate another 150 enemy warriors on the screen at any given moment. Lighting has been dramatically enhanced throughout the whole game, and 20 exclusive wallpapers continue the fun even when the game is turned off.

Other amusing add-ons include a color editor. This function is lifted straight out of Samurai Warriors 3, and it lets players completely transform the exterior of their selected fighter. Downloadable content can also be transferred from the previous version of this game, but a lot of new DLC is being made available.

Hacking and Slashing Has Never Been So Much Fun!

The mainstay of this series will always be the weapons and the combos they enable. Each character is given their own variation of a blade, and the enhancements that can be attained are insane. Weapons that reach the five-star level can unleash murderous rampages, and the ability to spread death only expands further with the incorporation of maniacal mystic weapons.

Despite the serious enjoyment that can be found in the hack-and-slash genre, many gamers might find the format of this series somewhat monotonous. Still, the rest of us are free to revel in the addictive qualities of Warriors Orochi 3 Ultimate on PS4. It can be quite a consuming indulgence, mainly since it is infused with never ending variation!